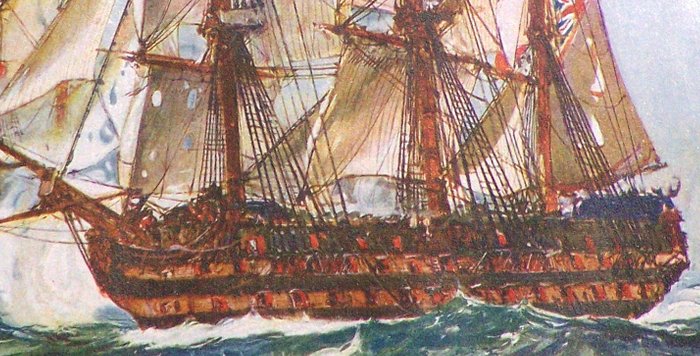 In this age of globalisation and angst, I suspect that many research their family backgrounds – either consciously or subconsciously – in order develop an understanding and excitement for the past that their schools conspicuously failed to provide. My own family has two persons that have fascinated me over the years: my great grandfather and my great uncle. Both were killed in conflict, in the First World War and Second World War respectively. They were talented young men, with a world of opportunities ahead of them. However, they were not exceptional nor, to be blunt, were they essential to the war effort. But with millions like them it was possible to fight and defeat an enemy that, in both cases, was determined to dominate and remake Europe in its own image. The same is true of William Drake, a boatswain whose service in the Royal Navy lasted almost the entire duration of the war with Revolutionary France and then the titanic struggle against Napoleon.

Two family members have greatly affected my outlook on life. Both died for their country: Alf in the First World War and Ernie in the Second World War. Sacrifice is unfashionable notion among many today, but visiting their graves made me fully appreciate what this word truly means.

The importance of Ernest