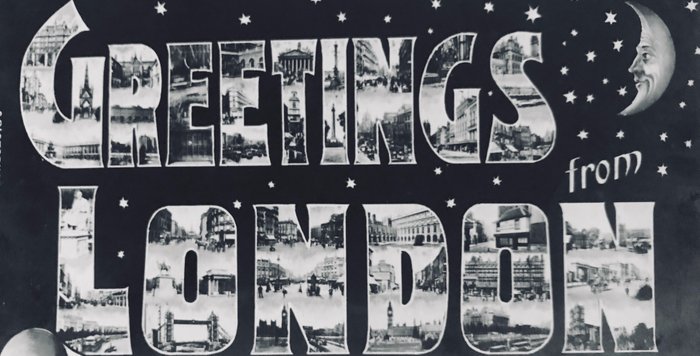 Welcome to the Twilight City

Anyone exploring late-Victorian and early-Edwardian London faces a torrent of sources: diaries, newspaper reports, police files, books, letters and catalogues, to name just a few. Even the raw statistics of this age can appear overwhelming. For example, London’s population grew from 4,767,000 inhabitants in 1881 to 6,581,000 by 1901, a staggering rise of 38%.1 This wealth of information must also be viewed through the prism of society experiencing great changes in art, science, politics and numerous other fields. Even commentators at the time struggled to explain developments in a cutting-edge city that had ancient roots. Visiting in 1885, Paul Vasili wrote: ‘In London we find a society made up of contrasts; a medley of modern ideas and antiquated prejudices, intellectual advancement and stolid customs, unequalled material progress and stubborn moral opposition.’2

The work of other historians can will be a useful guide for our purposes, although some of their work takes a decidedly macro overview by looking at London across its lifespan. For example, Peter Ackroyd and Roy Porter devote only a few pages to 1885-1905 in their well-crafted narratives. By contrast, Jerry White, Stephen Inwood, LCB Seaman and others dwell on late-19th Century London, using a mixture of sources to bolster their arguments and produce accounts that are neither too broad nor bogged down by minutiae. Others have focussed on specific facets of late-Victorian London and its inhabitants, such as Gilda O’Neill or Kellow Chesney’s discussion of crime and criminality. Chesney’s work also contains a chapter on London prostitution from the early- to mid-19th century, presenting a useful template for our investigation into late-Victorian and early-Edwardian streetwalkers.

Besides its abundant historiography, the Whitechapel murders and the events surrounding them have undoubtedly shaped the popular perception of nocturnal London 1885-1905.* ‘Nothing represents the London of the 1880s to modern readers more powerfully than the extraordinary Whitechapel murders,’ Inwood cautions,3 while a thriving cottage industry still feeds the demand for all things Ripper related. Gilnert notes: ‘Jack the Ripper has fuelled an inexhaustible store of books, films, articles, discussions and theories.’4 Distancing our work from this legacy is essential when trying to evaluate the streetwalkers in late-Victorian and early-Edwardian London. In this respect, Judith Walkowitz’s work The City of Dreadful Delight presents a noteworthy model as she explores responses to the killings and their effect on gender relations, steering her analysis away from debates about the murderer’s motives and hackneyed theories about his identity.

*The gruesome killings of at least five streetwalkers between 31 August and 8 November 1888 by an unknown serial killer popularly known as Jack the Ripper. The victims were: Mary Ann Nichols, Annie Chapman, Elizabeth Stride, Catherine Eddowes and Mary Jane Kelly, labelled the ‘canonical five’.

Other historians, like Paul Begg, Val Horsler, or the writers of the most comprehensive website on Jack the Ripper, www.casebook.org, have used the Whitechapel murders as a vehicle to widen their understanding of streetwalkers in general. Instead of treating the canonical five as sacrificial lambs to a rampant, out-of-control Victorian masculinity, they take pains to explore the relatively comprehensive personal history of the victims, discussing them as individuals with agency and not just as stereotypes or autopsied cadavers. This affords us another useful pathway.

The issues surrounding vagrancy during our chosen era are often relegated to the historical footnotes. White touches on begging, penury and homelessness, but uses sources and case studies from well before our chosen era. Inwood and others investigate vagrancy through the work of statisticians, particularly Charles Booth and Beatrice Potter. However, there is little investigation of vagrants on an individual basis, mainly due to the lack of primary sources. Even sympathetic observers from the era, like Jack London,* Hope Constaple and Walter Besant,† could sometimes treat vagrants as an amorphous mass. Because of the scarcity of sources and lack of historiography, this dissertation will explore vagrancy in London 1885-1905 by assessing and interpreting materials in archives, case studies and some lesser-known works before reaching any conclusion.

*An American author best remembered for his books The Call of the Wild and White Fang. He believed capitalist London not only exploited its working class but subjected it to devolutionary forces.

†Besant helped found the People’s Palace in Whitechapel, a charitable institution to entertain and educate the poor.

London was a tale of two cities during our chosen era, particularly at night. There was the well-documented ‘Bright Light City’, a place of amusement and entertainment, peppered with theatres, music halls and night clubs, while its gloomy counterpart was the ‘Twilight City’. It was never truly pitch-black as the lighting of shops, glimmer of street lamps and the glow from household windows meant the urban landscape was always lit to some degree.* Objects were also discernible in the day-night conditions created by a thick London smog/fog, albeit hazy and unnerving, these ‘pea-soupers’ lowering over the city until finally blown away by favourable winds.5 The smog/fog is often associated with Jack the Ripper and usually depicted as an eerie miasma that masks the killer while committing his outrages. In truth, the lethality was from its toxic particulates, with thousands dying each year from the damage inflicted to their respiratory systems.6

*The bulk of London’s lighting from 1885-1905 was primarily gas fired, although electricity was increasingly preferred in public spaces towards the end of our chosen era. Gas technology was constantly improved in order to compete, particularly with the introduction of the Welsbach mantle in 1895.7

Some of the dingiest parts of London were in its slum enclaves, where old and ramshackle buildings almost guaranteed squalid living conditions. H Barton Baker recorded the final days of one of these slums near Clerkenwell in 1899. He found himself in a cul-de-sac ‘so narrow that from the windows of one side you might easily press your hands upon the black wall opposite, and so dark that, summer and winter, a perpetual twilight reigns here’.8 The slums shaped many late-Victorian and early-Edwardian commentaries on poverty, working-class districts and the people who lived in them. But the hellish, labyrinthine places found in the works of those like Charles Dickens had largely gone by our chosen era; local government was busy demolishing black spots and ensuring basic sanitary conditions were being implemented.* Unfortunately, many landlords responded by increasing their rents to conduct the necessary improvements, heaping further hardship on their tenants.

*White notes that 25 major slum clearances occurred from 1876 to 1900,9 with government at all levels forcing landlords to reduce overcrowding and alleviate unsanitary living conditions through acts of parliament, bylaws and law enforcement.

For obvious reasons, Twilight City conditions prevailed during the small hours when life appeared to grind to a halt across the metropolis. In 1894, Hope Constaple wrote: ‘I remember once passing through London in the very early hours of the morning. In fact, as I turned down Regent Street, a church clock boomed forth the hour of three and the thought occurred to me that London life at this time reaches a neuter period – when the commercial and industrial worlds of the great city obtain their twilight.’10  The city seemed to be ‘a huge exhausted monster taking a few hours rest after frantic toils and prolonged struggles.’11 The only Bright Light City enclave Constaple could find was a humble coffee shop, ‘the little oasis in the darkness of a London night.’12

The Twilight City’s heartland was undoubtedly London’s East End. It inhabitants were primarily working class and spent most of their lives making ends meet amid poor-quality housing. The East End also contained areas notorious for criminal activities, although many astute commentators assured their audiences that not all was what it at first seemed. For example, Arthur G Morrison in an article for Palace Journal, 24 April 1889, told readers they would be ‘surprised’ and have many of their prejudices confounded if they walked through the area.13 Countess Cowper who performed charity work in the East End wrote: ‘There is, I believe, a common notion that the whole of the East End teems with vice and immorality of all kinds, but that is certainly not the case in all districts.’14

Bearing the Twilight City’s nature in mind and the historiography associated with it, this dissertation will begin by focusing on London’s vagrants and how they struggled to survive. We will attempt to ascertain who these people were; the reactions they engendered among the mainstream; and note how they engendered sympathy and acts of charity – but only when seen within the context of the Twilight City. By contrast, the presence of weary vagrants trying to catch-up on sleep in public parks provoked an outcry and demands they should be returned to the twilight realm.

Many people today would view much of the language used in our chosen era as offensive. For instance, the London County Council in its correspondence to the Metropolitan Police frequently labelled vagrants as ‘verminous persons’.15 But constructing a model based solely on observers’ language would be a critical mistake: many sources could use harsh terminology but also express genuine concern at the same time. Our goal is to broaden the understanding of who the vagrants were. It is not an effort to simply layer modern sensitivities onto a historical substrate and then use the benefit of hindsight to pass judgement – exercises that neither inform nor clarify.

The second half of the dissertation will explore female streetwalkers and consider their lives in the context of the Twilight City. We will ask why some women chose this path and analyse many of the associated historiographic concepts surrounding the subject. We will also conduct a small case study, assessing police reports concerning streetwalkers at Endersleigh Gardens in 1892. In addition, we will note that streetwalkers using London’s parks met the same opprobrium reserved for vagrants by the mainstream. Finally, we will examine the backgrounds of three victims of the Whitechapel murders. What do these women and the hardships they experienced tell us about the difficulties faced by streetwalkers?

The centre and the edge (CLICK HERE TO CONTINUE)

Who were London's nocturnal streetwalkers and vagrants in the period 1880-1905 and what were the difficulties they faced?

Creed of the Assassins

William Morris and the Thames

Top of the docks